Here you can indulge in the unique history of this property in an audiovisual experience. We hope you enjoy this short journey into the past and contest the future with us.

Both the street and the nearby magnificent church were named after Sophie Luise zu Mecklenburg-Schwerin, the third wife of King Frederick I, of Prussia. The building at Sophienstrasse 34 was built in the delicate architecture style typical of the Gründerzeit period, using magnificent façade ornamentation. Initially a two-storey building with a pent roof was erected in the middle part of the property in 1831, with the front building and the rear building added in 1859. To give some perspective, it is worth mentioning that in the same year that the building was completed, Fontante began working on “Walks through the March of Brandenburg”, the foundation stone was laid for the construction of the Neue Synagogue based on designs by Knoblauch and Stüler, Iwan Goncharov published his novel “Oblomov” and Édouard Manet completed his painting “The Absinthe Drinker”.

In 1670, the Great Elector Frederick William had forbidden the maintenance of barns within the city walls, so in 1672 he ordered the construction of 72 barns outside the walls and in the immediate vicinity of Alexanderplatz in accordance with the fire protection regulations. At the time, this was also the cattle market; therefore, large quantities of hay and straw were needed. And so the name Scheunenviertel (Barn District) was born. In 1731, King Frederick William I ordered every Jew in Berlin without a house to move to the Scheunenviertel. Later, many Eastern European Jews moved into this neighbourhood and left a lasting mark on the area.

Sophienstrasse received a great deal of attention before the end of the GDR era, and was extensively renovated for the commemoration of Berlin’s 750th anniversary. The neighbourhood was relatively untouched by the war, so that the majority of the magnificent houses from the Gründerzeit period were still standing. Since the imminent demolition of the Scheunenviertel at the end of the 80s was just barely prevented by squatting, massive protests and finally by German reunification, this area was in a structurally poor condition by 1990 but, because of its excellent location, it was set to undergo spectacular development. 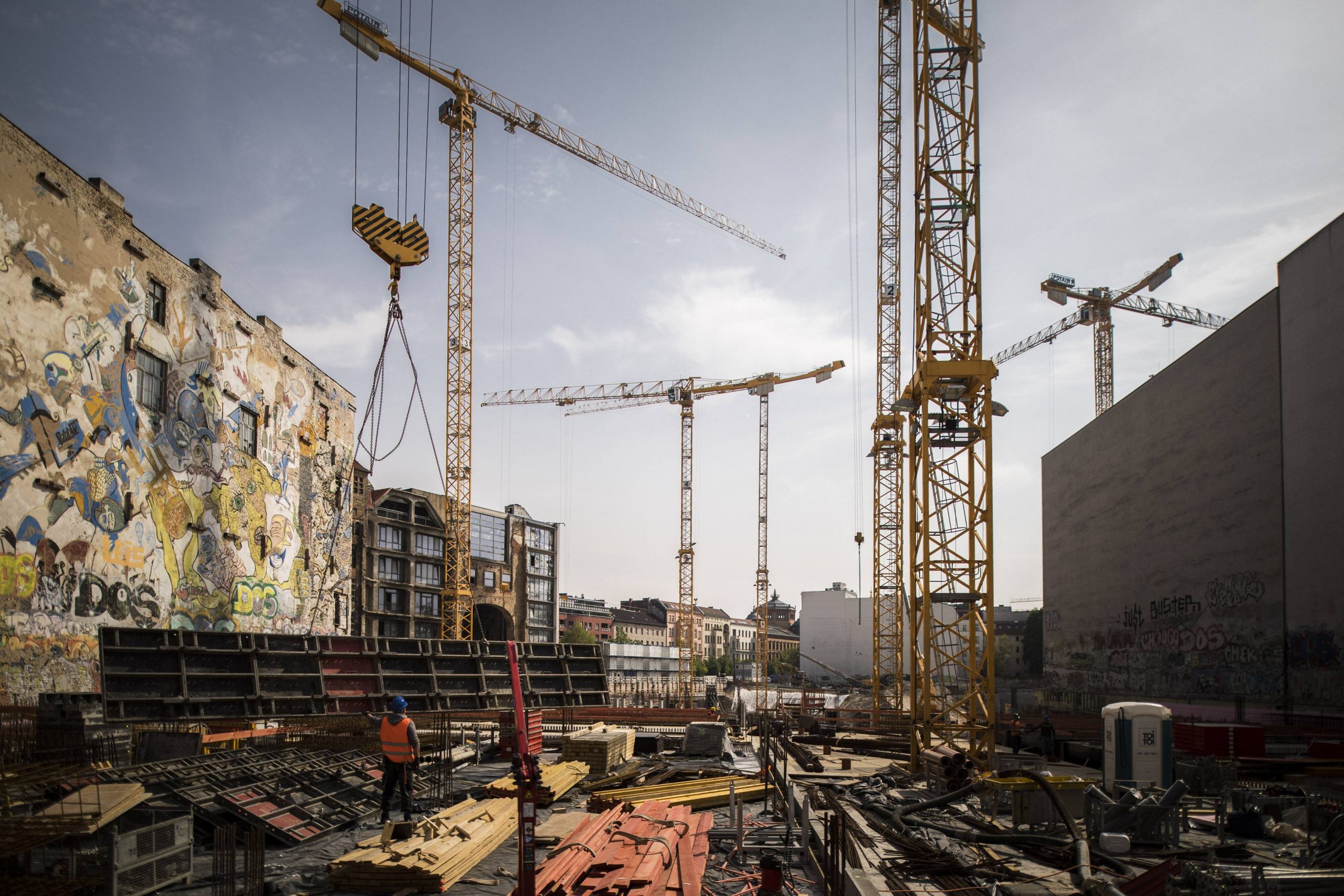 In the early 90‘s, the neighbourhood became a redevelopment area, and by 2003 about 80% of the buildings had been renovated and modernised, and the gaps between buildings were closed. In total, the public sector invested around 212 million euros, private investors around 1 billion euros.

At the turn of the millennium, this district evolved from its original artisanal neighbourhood into an elegant and modern district with fashionable restaurants, cafés, boutiques, high-end flats and about 80% of all of Berlin’s galleries, all in buildings that have been renovated according to the highest historical standards. This makes the Scheunenviertel the most attractive and architecturally remarkable location in Berlin.

Because of its special architectural significance, the property at Sophienstrasse 34 has been listed as a protected historic site.